★ Media and exhibitions of Kylie InGold! ★

September, 2008
My home was featured in the Amazing Homes Magazine in the Gold Coast Bulletin.
The log cabin isn’t my house, that’s my studio. It has a fire place but uses too
much timber. So in winter I cover the posh couch in the lounge room with a
sheet and paint there in front of the pot belly.
The house is an old Queenslander built around 1904. I am the fourth owner. 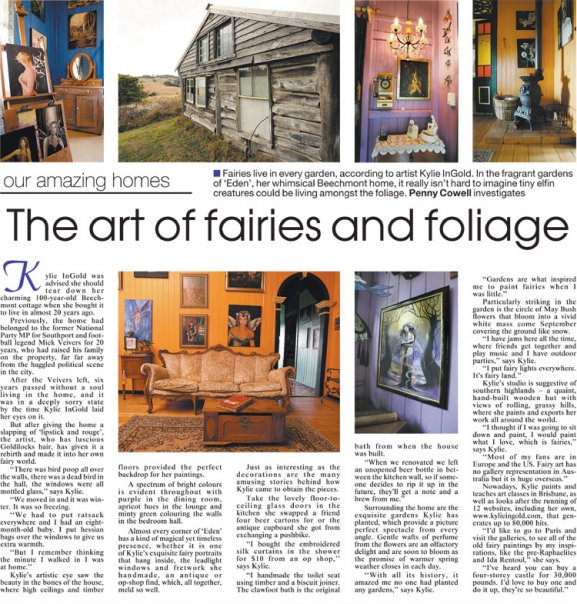 Currently Running Starts April 5, 2008
Kylie is one of the featured Artists and will be at the opening.
Some of her original paintings will be exhibited as well as,
her greetings cards, prints and other collectibles. 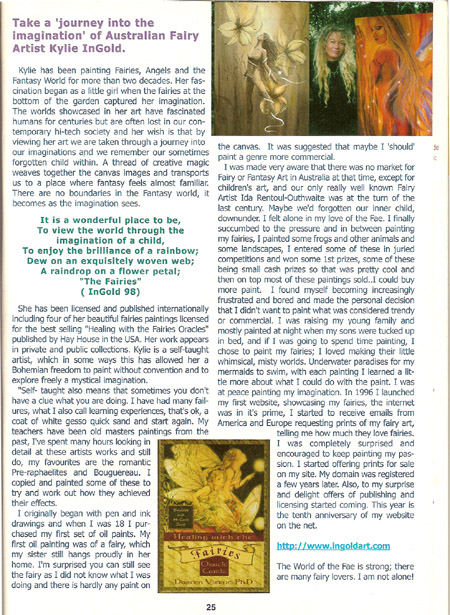 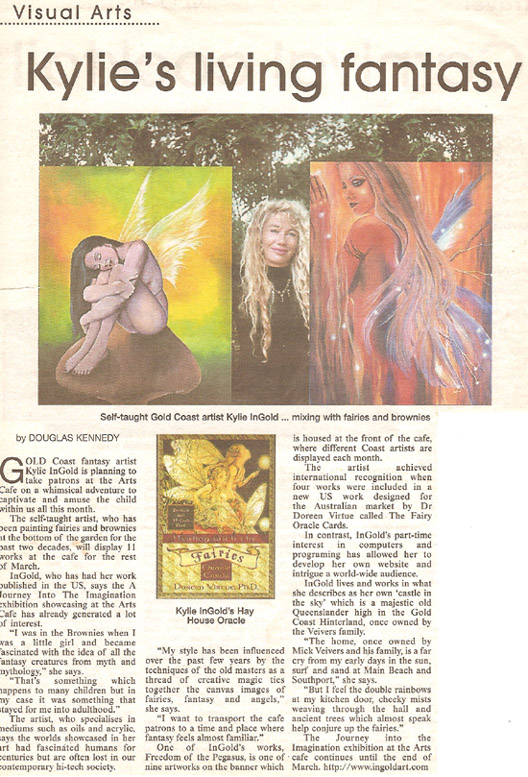 4 pieces of my Art Work have been included
in this beautiful fairy healing card set by
Dr. Doreen Virtue and Published by Hay House in the USA.
9 Artists in Total have contributed to this project.

News & Views 2001
Media for Gold Coast Arts Centre Permanent Banner.
This banner is displayed at the Entrance to the Gold Coast City Art Gallery above the Arts Cafe. 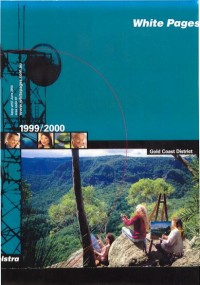 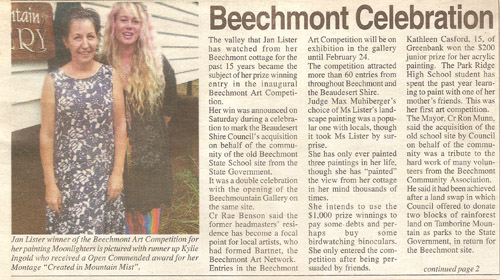 Hay House Inc. 2000
Release of the Healing with the Fairies Oracle Cards

Signatory:I’m Sorry Campaign for the Stolen Generation 1999
http://apology.west.net.au/index9.html Sign it yourself!

Freedom of the Fae